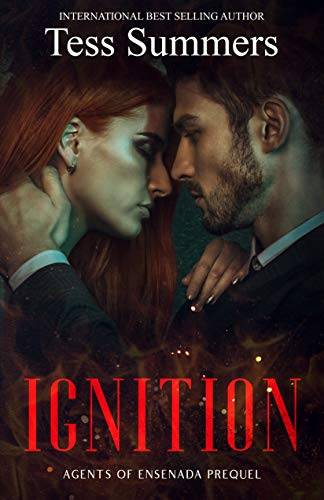 Betrayal had always been part of the plan; falling in love complicated everything.

Dante Guzman
He knew within hours that Ruby Rhodes, the sexy little auburn-haired beauty, who just happened to sit next to him at his favorite bar and flirt with him all night long, was not who she appeared to be. Redheads were his kryptonite—everyone knew it, including his enemies who wanted to see the Guzman cartel destroyed. Just exactly who sent her and why was something he was going to have to figure out. At least playing along with her was enjoyable since part of her ruse seemed to entail sleeping with him and indulging his… let’s say, darker desires.
Or maybe that wasn’t supposed to be part of the plan, and she broke the rules.
Falling in love with Ruby was definitely not part of his plan, and Dante was going to have to punish her for making him do just that. Especially after he learns who she really is and why she was sent to seduce him.

**This is a prequel to Inferno, Book One in the Agents of Ensenada series. It ends in a cliffhanger.

Maybe It's You : (Luna Harbor Prequel)

The Awakening of Ivy Leavold