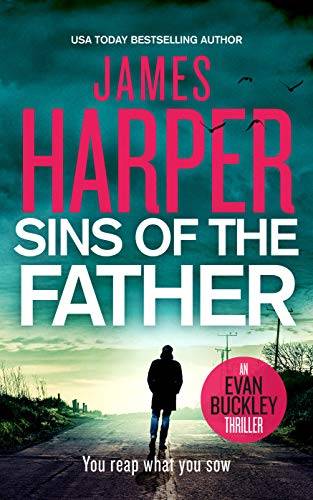 Fifty years ago, pharmaceuticals magnate Frank Hanna got a girl pregnant. Then she disappeared. Now he's dying with nobody to inherit his fortune - apart from his weak-willed daughter and her bullying lover, a gambler in over his head with the Russian mob, willing to do anything to save his own skin. Desperate to atone for his sins, Hanna hires maverick PI Evan Buckley to investigate, to find answers to the questions that haunt him. Did she have the baby? And if so, what happened to it?

As Evan searches for somebody who might never have existed, peeling back fifty years of lies and betrayal to uncover the tragic story hidden underneath, he faces a terrible dilemma: the closer he gets to the truth, the more he puts his quarry in danger, his tenacity turned against him as he becomes an unwilling pawn leading the ruthless mobsters to the one person who stands between them and Hanna's fortune.

To make matters worse, Evan’s own troubled past is back to bite him with a vengeance as his nemesis, Carl Hendricks, feeds his festering hatred from his prison cell, sending a killer intent on Old Testament-style retribution after Evan and his family.
What Amazon readers are saying:
★★★★★ "Sins of the Father is a masterpiece."
★★★★★ "I just cannot say enough good about it!"
★★★★★ "Real hard-edged. Nothing soft and fuzzy about it."
★★★★★ "The plot spins off in another direction again, just when you thought it might be getting close to an answer."
★★★★★ "Evan Buckley gets better with each book."
★★★★★ "The writing style, plot, characters, are all just top quality."
★★★★★ "James Harper has created a winner with this one, reaching out and grabbing your attention from the first page."
★★★★★ "Awesome!"
★★★★★ "Characters brought to life in such a way you feel as if you actually KNOW them."
★★★★★ "I’ve read these three in a row in only two days! "

The Great Pockes: A Novel