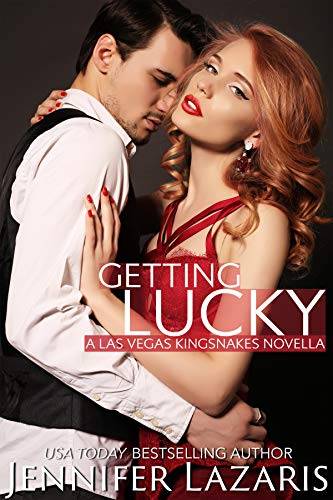 This hockey player has sworn off love for good, but sometimes fate has other plans...

Seven years ago, tragedy stole everything from hockey star Ryder O’Bryan. He’s coped by shutting down emotionally and maintaining strict control over everything in his life. He vows that the only commitment he’ll ever make is to the game, because he’s done with love.

When straight-laced Zoe Miller shows up at Callahan’s bar, Ryder is instantly charmed by the sweet, pretty redhead. After giving her a ride home, he’s surprised to learn she has an agenda: a one-night stand with no strings attached.

After spending the night together, Ryder wants to see her again, but Zoe won’t settle for being just one of the many women he spends time with—she wants more. Unable to reach a compromise, they go their separate ways.

Fate leads them back into each other’s lives again, and this time Ryder's intent on winning her over, but Zoe's determined to guard her heart against the charming hockey forward with the awesome tattoos and killer smile.

If Ryder can somehow manage to confront his own tragic past and break down Zoe’s walls, he might find himself finally getting lucky again—in life and in love.

I really enjoyed this story. The characters felt real and believable. The spices were hot. And the plot flowed along while introducing characters from future stories. I'm especially glad that Lazaris didn't make the hero suddenly flawless on the ice when things work out for him. That would have been too tongue in cheek.

Good romance just waiting for the perfect time to read it!

Zoe Miller was from Florida and knew nothing about hockey when her roommate gave her a ticket to a Las Vegas Kingsnakes game for her birthday. Zoe decided to have a drink after the game ending up at the same bar with the team meeting Ryder O’Bryan and having a one-night stand.

Ryder O’Bryan let his emotions out on the ice after the death of his fiancé and unborn son in an accident seven years ago, but meeting Zoe awakened something in him other than shutting down his emotions when he was with someone.

When you find out you have a book that you bought awhile ago (no comment how long its been) and it is the sequel to a good hockey romance, you know you have to read it right away!

Felt a little -- stilted, as though the writer kept wanting certain details to remain predominant, so continued NARRATING as she had the protagonists move through the scenes. Can't put my finger on it. Just sounded too summarized. Otherwise an okay book.

I really liked Unbreakable by this author, but this novel left me cold. On the positive side, I liked the heroine a lot. Zoe's career choice (a social worker) was interesting and I liked how she stood up to Ryder with respect to what she deserved in a relationship. And the banter with Ryder's teammates was fun. So that was all good.

But there were other aspects to the novel that were problematic for me. First, the insta-lust nature of the relationship made the romance unconvincing. It's not that I don't believe in instant attraction, but to get to that next step of love and romance, people need to talk to each other and spend time together. I'm not saying you need months and months to fall in love, but in general it requires more than a short bout of sex in the back of a truck. And Ryder and Zoe don't really do much more than that, because he keeps scaring her off with his ridiculous sexual propositions. (Even if he was hurting and trying to protect himself, he was still a jerk). I may have reservations about the macho nature of several of the heroes in Mariana Zapata's novels, but one thing I love about her books is the way she allows the hero and heroine time to get to know each other. It makes the romance part believable.

So in the end, I much preferred Lazaris' NA novel Unbreakable. The hero in that novel, Will (also a pro hockey player), had also suffered the loss of family. But he responded by essentially realizing how important close relationships are-- and he chose not to take his life for granted. I know that people respond to loss differently, but my personal preference is for romances where the heroes are decent men who don't walk over the jerk-dom line in the first place.

I'm giving this one a solid four stars. I liked it. I didn't love it though. Parts of the storyline seemed a little disjointed but it all came together nicely in the end.

Zoe and Ryder meet in a bar after Zoe has watched Ryder in a hockey game, although she doesn't realize that. He takes her home but she's lost her keys so she goes home with him. One thing leads to another and...well, you know the story.

It's a quick fun read.

I liked this series. Keep them coming.

Awesome story! Loved this book. Ryder and Zoe meet by chance and so begins the love story. I liked the struggle and the determination of these characters and I loved the interaction with the other characters. Love hockey so I usually like the romance stories involving hockey, this story is a good one and the best news is there are more books to follow, yay, makes me a happy girl! Good book, worth the read!!

The House of Closed Doors