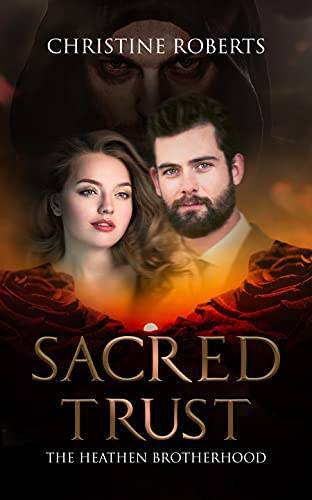 On the eve of her 21st birthday, Maisie St. John discovers she is to be wed to the son of a royal family in fulfillment of a marriage contract. Unaware of the groom’s identity and outraged by the idea, Maisie resists until she learns that her future husband would be none other than the dashingly handsome Oliver Peerson. A close family friend and the object of her deep attraction since she was fifteen, Oliver has been chosen as the future king of their small isle nation off the coast of Scotland. Despite her uncertainty about whether he could ever feel the same way about her or whether she is ready to be the future queen, Maisie agrees to the marriage. Their platonic friendship quickly ignites into a sensual romance, yet Maisie is plagued by doubts that Oliver sees her as just another obligation. Could it be possible that this man would make all of her dreams come true, or did she naively agree to an arrangement that would leave her trapped in a loveless marriage for the rest of her life?Meanwhile, a coup is underway, threatening Oliver’s claim to the throne, their lives, and the future of their nation. With mysterious connections to her mother’s storied past, Maisie discovers those behind the coup are in league with a terrorist cell that recently attempted to kidnap Maisie’s sister, Lottie. Realizing their mother left clues to a riddle that could change everything, the two sisters team up with members of the Heathen Brotherhood, an elite group of U.S. Army special forces operators, to uncover the secret. Will they solve their mother’s riddle in time to thwart a sinister plot, or will the dangerous forces hunting them across Europe finally catch up to them? With the Heathen Brotherhood at their sides, Oliver and Maisie risk it all to fulfill a sacred duty.

three out of three! Can't wait for the fourth book

In the third book, of the Heathen Brotherhood, Christine Roberts introduces two new characters, Maisie and Oliver. Roberts takes readers on their international adventure full of suspense and a hint of a treasure hunt. Roberts once again brings her characters to life that readers can really relate to. In this installment, Roberts really pushes her writing skills by showing how a characters imperfections can actually be perfect. Maisie and Oliver are my favorite couple out of this series so far. I once again recommend this Book!

In her 3rd outing, Christine knocks this book out of the park. Her character development is incredible. You feel as though the people have come through the book pages and are sitting in the same room with you and that they are real enough that they would answer you if you spoke to them.

The story line is incredible. International travel. an exciting storyline and swoon-worthy foreign accents are laced with intrigue, mystery, romance, and action. These elements all come together to wrap this installment of the Heathen Brotherhood up with a beautiful bow.

Take a chance on Oliver and Maisie while getting a glimpse of the other members of your favorite Heathens!

Love & Other Complications (Falling for the Unexpected)