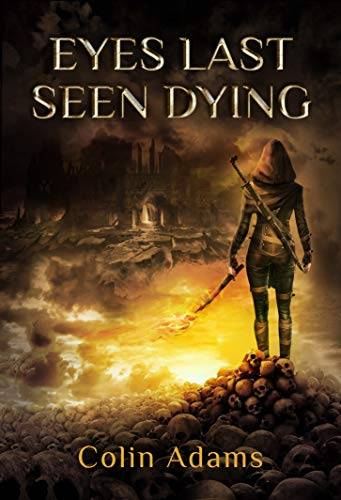 "The imagery is superb, the action pulsating, and the prose is so beautiful one is sure this weaver of words knows how to not waste a single one. Eyes Last Seen Dying is fast-paced, emotionally rich, and written with characters that are not just relatable but lovable." - Readers' Favorite (5/5 star review)

For five hundred years the Marches have protected the world from the Nithrain, the wickedness haunting the fringes of old tales. The Marches are believed impregnable until a gifted young swordswoman, Lena, is deceived by her sensei into stealing one of the six stones that hold back the Nithrain.

Hunted by every side, either to reforge the stone or to prevent its return, to save herself Lena must first become the hero worthy of redemption.

Eyes Last Seen Dying is an Epic Fantasy of the highest order. Prepare to be transported into the richly detailed world of Ithander, a land brimming with wondrous creatures, magic, and martial arts.

Wok: 50 delicious Wok Dishes from China, Thailand, India and all across Asia