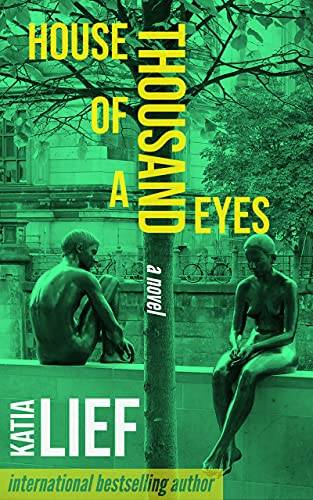 Killing Eve meets The Spy Who Came in From the Cold

A Cold War spy’s deceits rise through time to haunt his American son, in a dual narrative split between postwar Berlin and early twentieth-century New York City. By the end, past becomes prologue, and a father’s secret life and untimely death begin to make treacherous sense before delivering one final surprise.

Skilled and capable, Con Mathis is an undercover investigator for the New York District Attorney’s office. He’s movie-star handsome, charming, well educated, haunted by his expat German father’s suicide, and devoted to his mother Ruth and sister Sophie. The novel opens as he completes an assignment investigating the Wall Street money laundering operation of a Russian kingpin. Unwinding at the Mercury Lounge, he drinks too much and meets Emmy Schumann, a compelling young German woman he thinks could be his soul mate, and they end up in bed. The next day, hungover and foggy, he realizes that he lost his keys and wallet at her place and needs to go back, but he can’t remember exactly where she lives. By the time he finds her, the woman he felt so drawn to turns out to be unstable, even dangerous. Far from a stranger, Emmy is a missive from his late father’s Cold War past.

In meeting Emmie, Con’s search for meaning in his father’s long ago suicide collides with his father’s secret life as a Stasi agent in Cold War Berlin. But there’s more. Not only was his father a spy—he had another family before settling down in New York and Con has a long lost twin who he thinks might be, and probably is, the woman he just spent the night with. As the discoveries become more troubling, Con launches an investigation that inadvertently puts his beloved American mother and sister in danger.