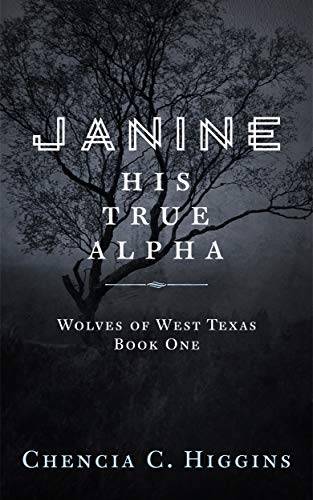 Janine was raised to be a passive and obedient wolf shifter and to always put the will of The Elders before her own—a will that she never questioned until the one day she was instructed to become the mate of a man she didn’t love, and who didn’t love her. Fed up with rules and obligations, she left everything she knew behind and headed out west. She arrived in West Texas with the expectation of getting a fresh start as a new woman with no one to answer to but herself. What she didn’t expect was to discover secrets big enough to tilt her world and people she would be willing to kill for because of them.

Langston always knew he would be the next True Alpha of his pack, but when his father died, Langston’s premature promotion had him unsure about his path. With the weight of the pack on his shoulders and a thriving urban ranching community in West Texas to oversee, the last thing on Langston’s mind is finding a mate. Of course, trouble always finds you when you’re not looking for it and in blows a woman who shakes up his pack and knocks him off his feet. Her zeal amazes him and soon the pull between them is undeniable. Will succumbing to the desires of his wolf prove to be the right move or turn out to be fruitless?

Before She Was Mine