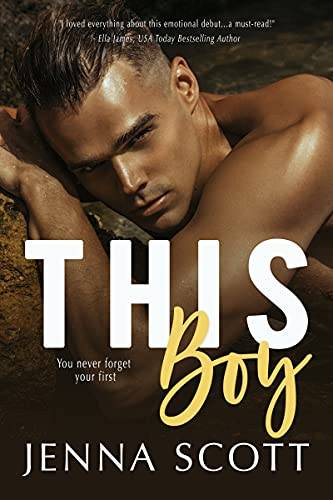 Nothing in Camilla's life will be the same after This Boy...

Camilla dreams of the day she can leave her life behind. Saying goodbye to the mother she's never been good enough for, to the bottles there's always money for, to the bills there's never money for—and most of all, to being the help in someone else's dream home.

But the scholarship to her new private school that gives her a real chance at a future comes with one big catch—Hunter Beck.

It's his home her mother cleans. His little brother that Camilla babysits. It's his face that she dreams of at night, and his cruel voice that taunts her every day. Hunter is the most popular boy in school, and she's his favorite target. She hates him, but even more, she hates how drawn she is to him. Becoming his debate partner seems destined to end in disaster.

As she's drawn further into his world, he alternately pulls her close and pushes her away. But behind the roller coaster, Camilla senses true emotion. A man she wants to know hiding inside the boy.

She's so close to getting everything she wants. Getting into college. Leaving this town forever. She’s let nothing get in her way so far.

Book One of Three

Only Lies Remain: A gripping psychological thriller with heart-stopping suspense

Kiss of the Demon Girl

Launching Into Love: A First in Series Collection