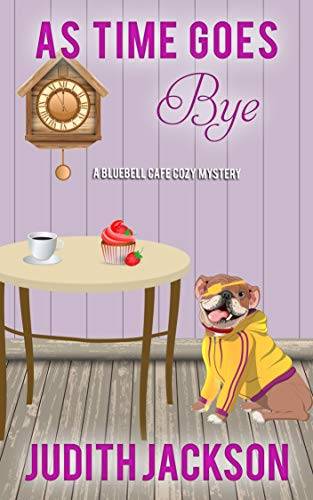 It’s March in beautiful Sevenoaks, Vermont and Harriet’s life is happily busy. There’s her beloved café to run, her increasingly-chubby dog to walk, and if her boyfriend Nick would just get off the couch and down on one knee, she’ll have a wedding to plan.

The only fly in the ointment, and it’s turning out to more like a swarm of flies, is that her mother, Maggie, who made an unannounced visit to town a month earlier, has settled in and has no plans to leave. Harriet is trying to maintain a positive attitude, but between Maggie’s complaints about the cramped quarters of Harriet’s house, the caliber of Harriet’s housekeeping, and the carb count of Harriet’s cooking, it isn’t easy.

But when Harriet and her best friend Claire are the first on the scene of a shocking murder, Maggie’s criticisms are the least of her problems. Maggie is the prime suspect and she fully expects that Harriet will clear her name. “I thought you were supposed to be good at this!” Harriet and Claire try their best, but they are thwarted by the lead detective in the case who is convinced that if the two women would just, “keep their noses out of it,” he will finally solve a murder before they do.

As Time Goes By is a cozy mystery full of tasty food, lots of laughs and a dollop of romance, set in the beautiful small town of Sevenoaks, Vermont.

Not the Faintest Trace: The Sergeant Frank Hardy Mysteries: # 1

Shot in the Dark

Dirty Like Us: A Dirty Rockstar Romance (Dirty, Book 0.5)