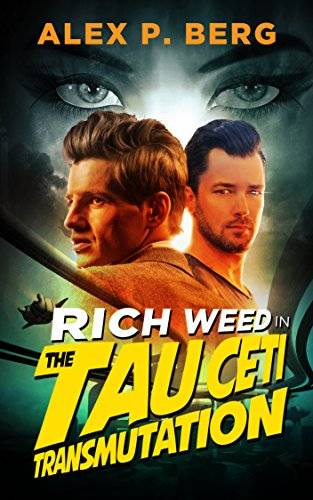 For private eye Rich Weed, the smart thing to do would've been to say no. No to the heart-stoppingly beautiful woman who sauntered through the front door. No to the case that smelled fishier than a Venusian squid farm. No to the thief who left behind more than he made off with. But no one's ever accused Rich of taking the easy path in life--or the smart one.

Now Rich is stuck in the thick of it, bouncing between clues as he tries to unravel a bizarre case of religious brainwashing--one that leads him from the mandibles of waffle-loving aliens to the unwashed hands of half-baked hippies and back. As the mystery thickens, only one thing is clear: as lovely as the client was, he really should've told her no.

Witness On the Run