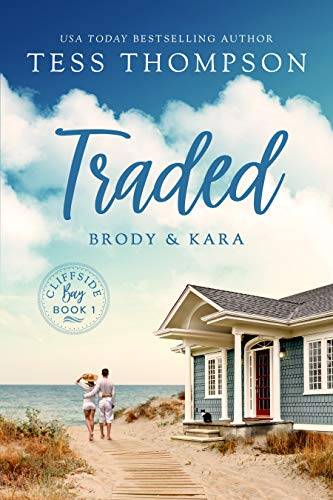 She’s in hiding. He’s focused on football. When giving in to desire is risky, will they choose to play for love?

Nurse Kara Boggs lost everything because she stood up for what’s right. After turning state’s evidence against her mobster father, she’s forced to go underground with an assumed name. But taking a job for a handsome celebrity quarterback could shine a very dangerous public spotlight.

After leading his team to a Super Bowl win, Brody Mullen should be on top of the world. But he’s shocked when his quiet seaside homecoming reveals his mother in a cast, and her housekeeper dying from a brain tumor. Frantic to get the best care for the women he adores, he hires a gorgeous nurse… despite her strange request to stay publicly invisible.

As Kara’s attraction to the charming jock grows, she becomes trapped by her own high-stakes secrets and the constant threat of exposure. And Brody’s famously strict “no women” rule means falling hard for the beautiful woman could ruin his career.

Will they be sidelined by their own rules, or will they complete a pass to passion?

Traded: Brody and Kara is the touching first book in the Cliffside Bay small-town romance series. If you like courageous heroines, steadfast heroes, and heartfelt stories of friendship and family, you’ll adore Tess Thompson’s emotional saga.

The Cocktail Pit: Easy, Vibrant Cocktails For Any Occasion