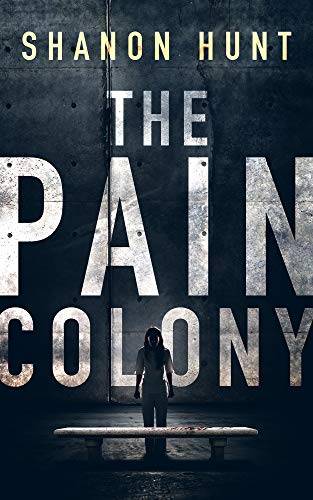 A secret society of true believers will do whatever it takes to become Pure.…unaware that they will soon be victims of the most chilling medical discovery in human history.And this is only the beginning.DEA Special Agent Peter Malloy is no stranger to the devastating impact of drugs. So when six bodies turn up with surgical ports implanted in their spines, he’s sure a potent new opioid is the culprit. But when lab tests show zero evidence of any known narcotics, he fears something far more sinister. Allison Stevens thought she knew everything about her boss. But after he disappears, she’s stunned to discover his secret genetic research in pain tolerance. When she becomes the target of the FBI’s investigation, Allison has only one move. She must expose his illegal experiment. There’s just one problem. Some secrets will be protected at any cost.Their search for answers leads them to a dark, eerie cult, where true believers seem perilously addicted to suffering, devoted to purification.The Pain Colony is a gripping suspense thriller--you’ll be plunged into terrifying twists of modern science, chilling tension, and stunning revelations that will leave you breathless."A nail-biting page-turner you can't put down!" --BookTrib"A shocking finale that even jaded readers won't see coming!" --BookLife
Medical Fiction Colonization Science Fiction eBooks U.S. Horror Fiction

I cannot believe there are any negative reviews for this book…I personally could not put it down once I started reading! It was exciting up until the very end with an original plot and intriguing characters! I hope there will be a third book since I just finished the second :).

This takes place in the near future. The themes are religious cults, pain management and bio hacking. Really kept my attention.

Wow, that's all i can say

I am serious, that really is all I can say. I just finished the book and i am speachless!! WOW!!

I can’t wait to read the next one. I thought of it makes me wonder if fiction can be a reality. I highly recommend this book.

A great book, I really enjoyed reading it. Very fast paced, and very intriguing. I will be looking forward to reading the second book in this series.

Very good and a different kind of story. Thought provoking

Interesting medical mystery book. Some of the info is true - and as a person who lives with chronic pain I was intrigued to see the genetic code that I had been DNA tested for in this story. Kind of a scary story - because although some of the technology already exists this book delves deeper into the things that might be in our future - good things & very scary genetic “tampering”!

I was captivated from page 1, and that intrigue never left. I am amazed at author’s 2019 vision and connections of pertinent topics of today. Many reviewers seemed put off by the twist at the end. Not me, I loved the ending. It made complete sense and I didn’t feel betrayed, misled or manipulated.

30 Days of Amish Prayers: Prayers from an Amish Mother's Heart

Water Under The Bridge: A Psychological Thriller