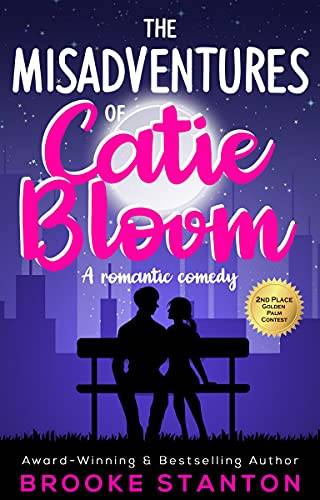 She made a career out of lies. He's a player ready to settle down. Can they fake it till they make it into each other's arms? Catie Bloom dreads being found out as a hot mess. So when the high-profile domestic goddess’s supposedly perfect life is scheduled for a TV special, she’s desperate to hide the slovenly reality while she scrambles to learn to cook and find a studly pretend hubby. With her future on the line, she reluctantly accepts the office playboy’s lifeline to help her cover up the cracks and look the part… Sportswriter Sam Harding buries authenticity behind his breezy charm. Though he knows Catie’s less-than-tidy secret, he’s frustrated when his lady’s man reputation gets in the way of intriguing the one woman who holds his heart. So when he discovers her goose could be cooked, he jumps at the chance to stand in as her handsome prince. As Catie struggles with burned offerings, her growing attraction to Sam is a grease fire waiting to happen. While Sam worries if he keeps his desires hidden for much longer, he’ll lose his opportunity to move from bogus husband to the real deal. Is their passion about to be roasted, or can they whip up a gourmet romance?The Misadventures of Catie Bloom is the hilarious first book in the Bloom Sisters romantic comedy series. It’s a dash of Sophie Kinsella’s Can You Keep a Secret, with a helping of Christmas in Connecticut, and a recipe all its own, mixed into a delicious and romantic romp.Buy The Misadventures of Catie Bloom to set a table for two today!
Romantic Comedy Men, Women & Relationships Humor

The Misadventures of Catie Bloom: A Frenemies to Lovers Romantic Comedy