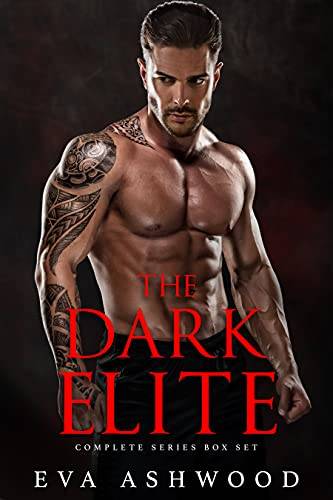 This set contains all three books in the bestselling Dark Elite series. Dive into a world of violence, obsession, heart-twisting angst, and dangerous romance. Complete trilogy with a HEA!

They say the devil goes by many names, and I know four of them:
Ciro, Hale, Zaid, and Lucas.My father was once a powerful player in the Chicago underground, but six years ago, he left that life behind.

We changed our names.
Our identities.
Our lives.

Dad promised me we were safe, but I should’ve known that was just another one of his lies.

The past always finds you, and mine finds me on my wedding day when four brutal, dangerous men drag me from the altar in a hail of gunfire.

They’re not the same boys I knew though, and whatever we may have once been to each other, it doesn’t matter anymore.

Because they’re only one thing to me now:

$999
We've got this price some time ago. Please check it's relevance by hitting button below.
Check Follow Book Read preview
Share with your network

Copycat Recipes: The Ultimate Step-by-Step Cookbook on How to Make the Most Delicious Italian Restaurant Dishes at Home.