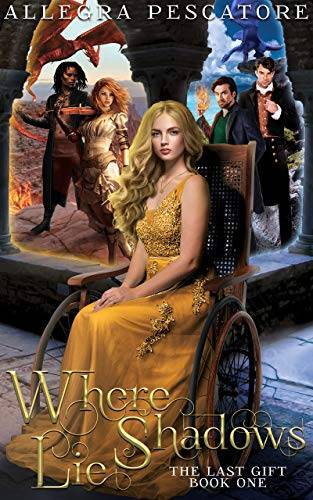 The Chosen One is Dead.
Disabled since childhood, his little sister never expected the weight of a crown. Now, she might lose it before ever sitting on the throne. Beset by rebels, scheming politicians, and cutthroat bankers, Elenor must choose between accepting her father’s despotic rule or risking everything for her late brother’s lofty ideals.
Meanwhile, from the rainy streets of Lirin to the scorching dunes of the Mondaer Desert, the ripples of her actions have inadvertently broken a chain of events five centuries in the making. Ancient forces move in the shadows, calling in debts and striking deals. A monster with a thousand faces fingers his knife, ready to kill, and a pair of fugitives run for their lives, unaware of the danger they carry with them.
Where Shadows Lie is a non-stop epic fantasy ride, featuring an lgbtq+ and disabled protagonist and filled with court intrigue, sizzling romance, and adorable baby dragons. Dive in and get swept away!

Ignite the Entrepreneur: Why Entrepreneurs Love What They Do and How They Found Their Success

A Tale of Two Fathers