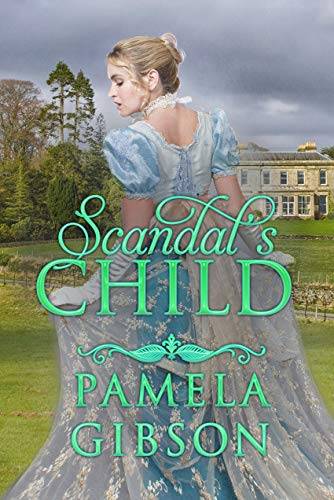 Miranda Comstock, widowed and impoverished, accepts a position in London caring for a child who was blinded in a fire. When she discovers the child’s mysterious guardian is the lover who’d seduced and abandoned her five years earlier, her first thought is to flee. But nine-year-old Phoebe depends on her and is blossoming under her care.

Jeremy Montague returns from Jamaica to take up his duties as the new Earl of Longley and is shocked to find his former lover is his ward’s nurse. Believing she played him for a fool, he vows to remove her from his household, especially when his traitorous body begins to remember the passion they shared.

But there is a mystery afoot involving a long-ago disappearance, Miranda’s resemblance to a society debutante, and the child’s suppressed memories of the fire, which are starting to emerge. As Phoebe’s memories become sharper, Jeremy begins to suspect that he and Miranda were pawns in a twisted game. And both must learn to trust again, if they are to find their way back into each other’s hearts.

3 1/2 stars rounded up. A throwback to historical romances from a couple decades ago.

I was completely fooled by the cover. Expected a "sweet and clean" Regency, but this reads like an homage to the slightly over-the-top historical romances that came out in the late 90's--in the best sense. So, if you're looking for a tame Jane Austen-like plot, you won't find that here. You'll find an alpha-ish H and mostly Americanisms in the dialog. Traditional angsty tropes and characters, including a dramatic, villain-gone-bonkers resolution. In other words, if you turn your brain off, you'll find this book is pretty enjoyable. The h is fairly intelligent and I was moved by her relationship with H's sister--this is probably the best aspect of the story. It's also refreshing that h actually liked and respected her late husband. Main criticisms: too much time spent in H/h's head, and the H is really TSTL. It takes him until the very end of the book to put the pieces together of what had happened five years ago, when it should have been glaringly obvious from the beginning. POSSIBLE SPOILERS: Why did H and h's father idiotically believe the elderly, respected town doctor would have been having a tryst with a teenage daughter of the vicar? And why did the H, in particular, not realize that h was carrying his child? They'd had unprotected sex more than once (another throwback element).

Anyway, if you're looking for pure silly escapism, you could do worse.

Read this book in the series of books of friends, family, and trials that were shared by each with the others.

I liked the characters .however I read
The books out of order ‘ so i
Knew the ending but even with that I still continue to read and enjoy the story.

This is an interesting historical Regency romance. The plot is intriguing. Miranda and Jeremy are two star crossed lovers who were always meant to be together. Their tumultuous path to that makes a great story.

It had potential, but got bogged down by all the main players basically refusing to explain even the simplest things to each other, and cringe-tastically descriptive sexual fantasies/memories/sudden encounters. Any potential for character-dynamic tension or chemistry was immediately skipped over or dispelled. And there was way too much time devoted to solving parts of the mystery that weren't interesting. But there were some active scenes that held my attention pretty well--they just didn't have much to do with the hero and heroine, unfortunately.
A pretty frustrating read

I liked that the story was more than just a romance. The added story of the ward’s blindness and who her parentage is interesting.

There were a lot of misunderstandings between the lead characters, all of which were due to Jeremy's mother's evil interference. Add in his father's bastard daughter who has gone blind from a traumatic experience, and Miranda's taking on a job as caregiver to the daughter, not knowing of her relationship to Jeremy, and there are lots of twisting turns in the plot. I enjoyed the book enough to buy the sequel.

I don't like to give away The story in these reviews.And to review this book would be giving away too much all I can say is if you're into historic Romances With a twist And a little bit of Sex This is the book for you

Great twists and turns in the plot, with well defined and described characters! Love that there are details to the backstories of the characters

What a tangled web...

Really good book. I was so glad the author didn't resort to the tired plot of having good brother/evil brother. We were left hanging over the fate of a couple of the primary characters, so I'll be looking for sequels.

When men were in charge and women knew their place….

Or did they?
Miranda found her self in trouble and accepted the hand of the local doctor.
Her love who abandoned her returns after being gone for five years. Now an Earl.
I loved the twists and turns and not being driven crazy by grammatical errors, wrong words and misspellings.

This is a romance with enough twists and turns to never get boring! Love eventually conquered all- even a demented villainess.

Piercehaven: Welcome to the Island

The Appetite-wetting Recipes from Pride and Prejudice: The Classic Cuisine from Jane Austen

Ignite the Entrepreneur: Why Entrepreneurs Love What They Do and How They Found Their Success