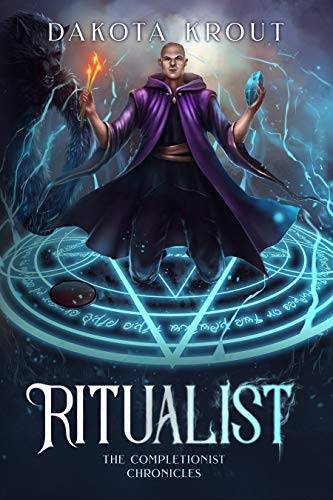 A game that puts all others to shame. Magic that has been banned from the world. A man willing to learn no matter the cost.

The decision to start a new life is never an easy one, but for Joe the transition was far from figurative. Becoming a permanent addition to a game world, it doesn't take long to learn that people with his abilities are actively hunted. In fact, if the wrong people gained knowledge of what he was capable of, assassins would appear in droves.

In his pursuit of power, Joe fights alongside his team, completes quests, and delves into the mysteries of his class, which he quickly discovers can only be practiced in secret. Ultimately, his goal is to complete every mission, master every ability, and learn all of the world's secrets.

All he has to do is survive long enough to make that happen.
Teen & Young Adult Humorous eBooks Mage Gaming Puns & Word Play Humor

Joe made some mistakes, but he was always quick to fix them. The world is pretty well explained, though the character points seem odd.

Good book to read if you have played or are currently playing games such as World of Warcraft. Having a background in WOW helped me visualize while reading this book. Now, onto book 2.

Been a while since I've been able to find a good book to loose my self into. Your in for an adventure

Very solid writing and an enjoyable read. The main character is well-fleshed out, and the story moves at a good pace.

Good story, fairly decent depth. Good for both those who want the #s and those who aren't as concerned with them.

Nice story, just enough depth to it to keep those that enjoy more substance in their readings. If you like seeing the numbers, this should be pretty satisfying. On the opposite end of that, you can skim through the numbers without loosing anything. Sometimes the numbers get a little distracting, but mostly minimal to the flow.

Adding interest to an rpg setting.

Goes well beyond the leveling aspect of progression with actual plot points benefiting from the acquisition of new abilities and skills. I hope the next book(s) in the series continue on this path.

Great read! This book has a nice, fast, pace. The concepts are pretty creative and well thought-out. The MC is likable. The game aspect is fun and relatable to gamers. Can't wait to read the sequel!

The Prepper’s Pantry: Nutritional Bulk Food Prepping to Maintain a Healthy Diet and a Strong Immune System to Survive Any Crisis