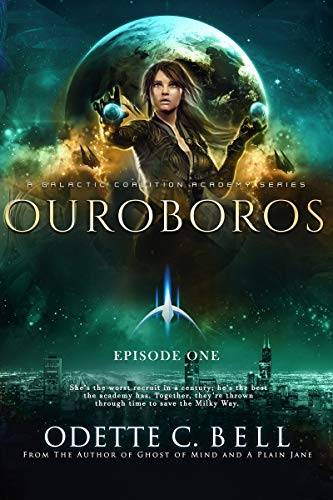 Not all of us are born equal. Some exceed every expectation and excel in every task. Some of us can't even get out of bed in the morning.

Such is life for Cadet Nida Harper. She's universally known as the worst recruit in the Academy. It's not for want of trying; she's just cursed with universal bad luck. Every accident that could happen, does happen.

So it's no surprise when she winds up unconscious on a field mission. It is a surprise when the dreams start. Visions of stars falling from the heavens and civilizations crumbling to dust.

The only silver lining comes in golden boy Lucas Stone. The hero of the Academy, he takes an interest in her. But he'll have to act fast to stop what will happen next....

In Episode One, you are thrust into a sprawling sci-fi adventure that throws you across the galaxy and far through time. Lucas and Nida are pitted against brutal space pirates, mysterious powers, and the greatest enemy of all - the unknown.