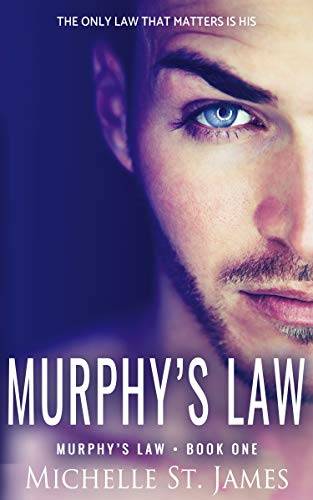 Personal tragedy taught Ronan that he couldn’t count on the law. Now he and his brothers are assassins for hire that step in when the law has failed. A former Navy SEAL, Ronan lives by a set of ironclad rules: take care of business, look after his family and his dog, don’t get close enough to hurt — until he runs into Julia Berenger in a back alley.

Julia Berenger will do anything to find her sister.

Julia has spent her life taking care of her mom and her irresponsible little sister Elise. There’s been no time for love. No time for anything except keeping her head down and getting through it. Then Elise disappears and Julia has only one lead — the wealthy, powerful man Elise was seeing before she went missing. When the police refuse to help, Julia takes matters into her own hands and finds herself in a back alley, crashing headlong into a gruff avenging angel on the same mission.

As Ronan and Julia find themselves inextricably tied to the same mystery, their bond deepens. Soon they’re breaking all the rules, tracing clues that lead from the wealthiest members of high society to the glitzy underbelly of Dubai and fighting their attraction every step of the way.

Then a chance to save Elise endangers Julia’s life, and Ronan is forced to accept that he’s in too deep while Julia struggles with her own demons, trying to reconcile the wall she’s built around her heart with her feelings for the man trying to save her sister. Now they'll have to decide if love is worth the price of pain - and whether they can let down their guard long enough to find it in each other.

"Ronan Murphy is a hot and sexy alpha who is not afraid to take charge!" - Amazon Reader Review

"This book will hit you in every feeling that you have and leave you breathless..." - Amazon Reader Review

Set the Night on Fire

Trouble By Any Name: A Western Novella

Spark: Web of Desire One