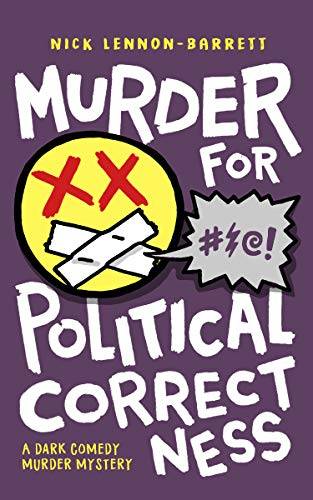 Not for the politically correct!

DCI Fenton must track down a serial killer and avert moral panic before The Queen is forced to utter the words ‘death penalty’ in her speech.

Three victims, all from minority groups, are found murdered in a London hotel, after attending an ‘embracing diversity’ conference. They are all employees of a training company who want to make the world a better place through whiteboards and jazz hands. Is there a serial killer on the loose? Or is the killer someone closer to home?

The murders receive widespread media attention, fuelled by a journalist who has a personal vendetta against Fenton and will do anything for fame. With a power crazed opposition leader and a government on the brink of collapse, the murders reignite the political debate on capital punishment. Just who are the Far Right Extremist Enigma, and why does a political leader want to murder a Reality TV star who can’t stop eating cake?

Do you ever think the world is getting too politically correct? Do you find yourself laughing at something, only to be met with a judgemental furrowed brow? Then this dark comedy whodunit is for you.

His Sweet Arrangement: A Sweet, Clean Cowboy Marriage of Convenience