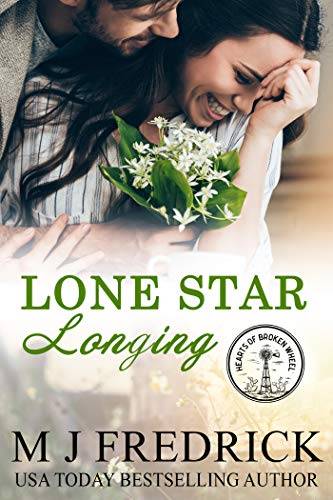 Twelve years ago, a terrible school bus accident divided a town, but bonded the survivors. Some of them fled the small West Texas town, some remained, and some felt drawn back to the place where they lost their innocence.

Beck Conover didn't intend to do more than check in on his mom in Broken Wheel when he was driving through Texas on his way to his job in Las Vegas. He hadn’t been home in, well, longer than he’d care to admit. But when he gets there, the house is in terrible shape. Despite his contentious relationship with his mom, he decides to stay in town and fix up the house so he doesn’t have to feel guilty about leaving her alone.

He’s already hired a home health nurse to check on her, but he doesn’t think she’s getting enough help. When he comes face to face with her nurse, he’s startled to see it’s Lacey Davila, the girl he pulled from the flood waters the day the bus was swept off the road.

Lacey Davila stayed in Broken Wheel because she didn't want her father to be alone after her mother left him, bored by life in this town. Her job as a home health nurse was a natural extension of her need to care for others. Even though she chose to stay, she understands why Beck left, why her mother left.

When she discovers she’s pregnant, the child’s father turns his back on her, but Beck is there, stepping in to help as he had the day the bus washed into the creek bed.

But like her mother, he will leave when the town gets too small for him. And she’ll be alone.

She won’t risk that for herself, or for her unborn child.

Ella and Her Mask!