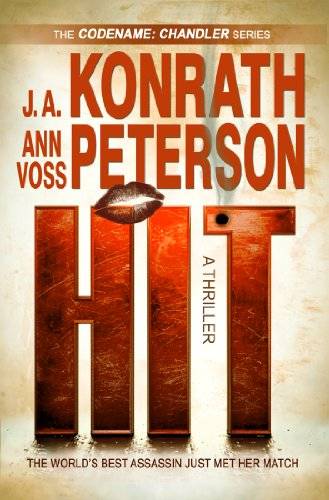 She's an elite spy, working for an agency so secret only three people know it exists. Trained by the best of the best, she has honed her body, her instincts, and her intellect to become the perfect weapon.

Before special operative Chandler was forced to FLEE, she executed the most difficult missions—and most dangerous people—for the government. So when she’s ordered to eliminate a crooked corporate CEO in a manner that looks like natural death, it's a regular day at the office… until she discovers she's not the only assassin hunting this particular prey, and her competition is aiming to make this hit into a political statement that will shake the nation.

If you are a more sensitive (or adventurous) reader, this handy scale rates specific categories from 1 (lowest) to 10 (highest) to give you some idea if this is your kind of book.