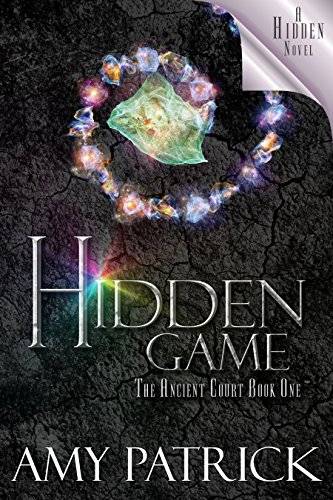 As a royal in the Ancient Court, Nic’s life is planned out for him. Those plans do NOT include falling in love with a human…

18-year-old Macy Moreno meant to spend a few months backpacking around Europe. Instead, she’s ended up in an ancient castle belonging to international soccer sensation Nicolo Buonaccorsi. Macy thought it might be fun to meet a celebrity—especially one as hot as Nicolo, but things at Nic’s house are a bit… strange. For one thing, she’s only one of many girls there, and all the others seem to be under some sort of spell. And while their exotic “hosts” are generous and intensely beautiful, they’re also a little terrifying. They keep promising the girls they’ll get to meet the handsome and wealthy sports star—but they don’t deliver. Macy is done with the whole bizarre situation and ready to hit the road again. But her life takes a thrilling and startling turn when she catches the eye of the mysterious and alluring Nicolo-- and learns the truth about him and the Ancient Court's Hidden Game...

Romantic and gripping, Hidden Game will transport fans of urban fantasy and paranormal romance to a fascinating world within our own, filled with suspense, danger, and desire. Readers captivated by earlier books in the Hidden Saga will devour Hidden Game.

***Give in to the Glamour of the Ancient Court as the Hidden world expands and download your copy of Hidden Game today!***

Author's note-- The Ancient Court trilogy is a subset within the Hidden Saga. It is set in the same world and features many of the characters Hidden fans know and love from the previous books as well as introducing new characters from the mysterious Ancient Court in Europe. If you've read the earlier Hidden Saga books, you'll be entranced by the continuing story. If you haven't, then HIDDEN GAME is the perfect point to jump into the Hidden world, and you won't be lost or confused by the storyline.

***Fans of high-stakes urban fantasy like The Mortal Instruments and deeply romantic paranormal romance sagas like Twilight and A Shade of Vampire will be drawn to the addicting, heart pounding excitement and suspense of Amy Patrick’s sexy, magical Hidden Saga.***

If you love Fae stories like the Iron Fey series, The Cruel Prince, and A Court of Thorns and Roses, you'll fall in love with the Hidden Saga! Get your copy today and Give in to the Glamour.

A Murder in Paris

The Bend in Redwood Road