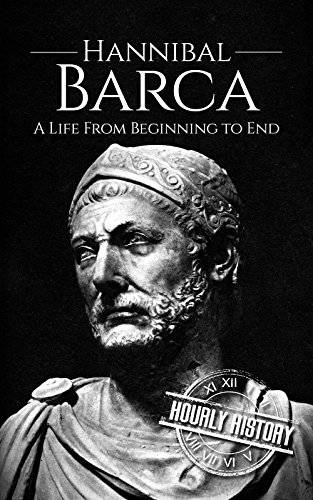 There are notorious figures in history who have withstood the test of time, and then there is Hannibal Barca. This man stands in a unique category of his own because the name of Hannibal Barca not only went down in history; it changed the course of it. This headstrong North African leader did the impossible. He not only led a massive army flanked by elephants—yes, elephants—from North Africa and into Europe, Hannibal also managed to check the growing superpower of Rome through sheer ingenuity.

Inside you will read about...
✓ Crossing the Alps
✓ Hannibal’s Roman Raids
✓ The Apocalyptic Battle of Cannae
✓ The Roman Counterattack
✓ Life on the Run
✓ Hannibal’s Last Stand
And much more!

Hannibal Barca crossed the Alps to present himself as ancient Rome’s own insurmountable mountain. He positioned himself directly between the Old World Empire of Carthage and the young upstart of the Roman Republic, creating a clash of civilizations on a colossal scale. And the world has been trying to recover ever since.

At Arm's Length: An Enemies to Lovers Romantic Comedy

The Boat Man: A Suspense Thriller

Rise of the Valiant