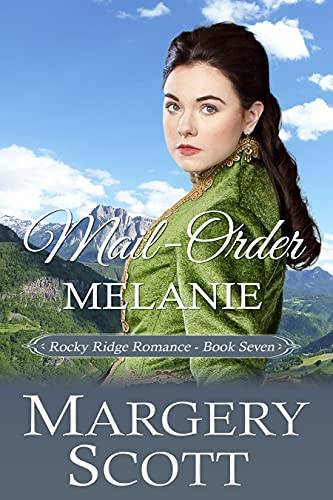 Left penniless and homeless, Beckham socialite Melanie Rutherford sees no other option but to become a mail order bride. Luckily, a wealthy rancher in Colorado needs a wife, and although she’s not entirely thrilled with the idea of going west, at least she’ll be able to live the lifestyle she’s accustomed to. However, when she arrives in Cedar Valley, Colorado, she learns that her betrothed has married someone else.

When Tom Harper’s brother, Earl, elopes with his childhood sweetheart, Tom is elected to break the news to the mail-order bride he was supposed to marry. Tom has no intention of getting married, yet something about the woman who arrives on the stage makes his brain shut down and he finds himself offering to take his brother’s place.

With nowhere to go and no way to get back to Boston, she accepts Tom's proposal, only to discover that Earl had lied about many things – including the fact that he didn't own a prosperous ranch, but that he and his family owned a … farm! And she’d be expected to work!

Can a woman who only knows how to host dinner parties and attend the opera ever become a real farmer’s wife? And can a man who didn’t want a wife ever become a real husband? Will Melanie and Tom be able to put their differences aside and allow themselves to have a real marriage?

Right Back Where We Started: A Sweet Small-Town Romance