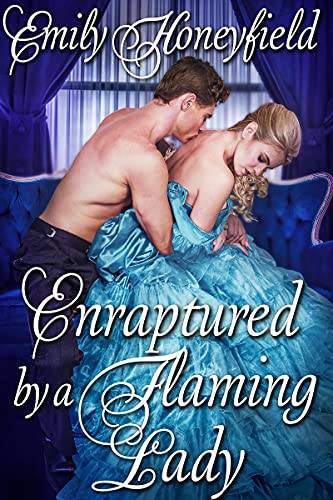 The enthralling Cecilia Beaumont was always one to follow the rules, but when the rules betray her, she is forced to make her own risky ones. Growing up, her dream was to marry the man she loved most, but fate had other plans for her. With a despicable man persisting to marry her against her will, Cecilia is forced to forge a new identity, in another town. However, things get more complicated when she begins to fall for Benedict Ayles, the alluring Duke she works for. Can she keep her identity a secret and remain humble as her position demands or will her heart overpower her logic and surrender to the most tantalising affair of all?

Benedict's admirable quest for love did not bring any results throughout his thrilling life, so he decided to enjoy a bachelor's sinful life. However, his efforts to stay away from further fiery romances will end in vain when he meets the new seductive maid, who will awaken his lustful instincts. Finding himself falling for her, he battles with the dilemma of duty versus passion. With his family and his status on one hand, and his enticing love on the other, Benedict is torn in two. Will he manage to stay on his desired path or will he bend to the whims of a forbidden and most captivating love?

Benedict and Cecilia share a flaming affection that keeps pulling them close, regardless of their differences and the shadow of the restraining rules. Yet, the secrets between them, along with the dictating social norms, are drifting them apart. Nevertheless, the more they try to fight temptation, the more they fall into all kinds of forbidden pleasure. The potential exposure of their scandalous affair though, could lead to Cecilia losing everything and Benedict ruining his family reputation forever. Will their smouldering passion overcome all the obstacles or will they be forced to face the consequences of their actions?

"Enraptured by a Flaming Lady" is a historical romance novel of approximately 60,000 words. No cheating, no cliffhangers, and a guaranteed happily ever after.