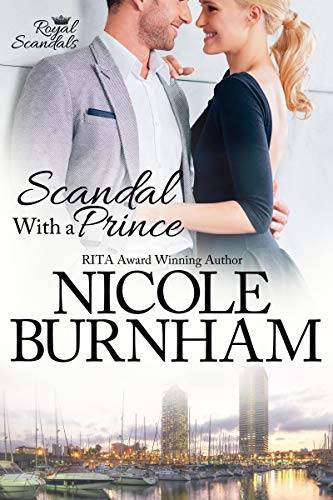 "An addictive series, full of heart and romance and endings that give a happy sigh."
-- New York Times Bestselling Author Emily March

A one night stand. A lifelong obsession.
One magical summer, Megan Hallberg met—and loved—Prince Stefano Barrali. But his royal duties took him home, and when she discovered she carried his child, she also discovered he was engaged…to a beautiful, worldly aristocrat.

Ten years later, Stefano runs into Megan at the grand opening of a Barcelona hotel, and it’s his every sensual fantasy come to life. His memory of the stunning blonde and their passionate summer has haunted his dreams, and a night under the stars gives him the perfect opportunity to reclaim the woman he thought lost to him.

Megan finds herself torn between passion with a prince and a fierce need to protect her daughter. Can the man who captured her heart so many years ago be her destiny…or her downfall?

Don’t miss a single volume of the Royal Scandals Series!

BONUS READ FOR NEWSLETTER SUBSCRIBERS:
- A Royal Scandals Wedding
(features Prince Stefano and Megan Hallberg of Scandal With a Prince)