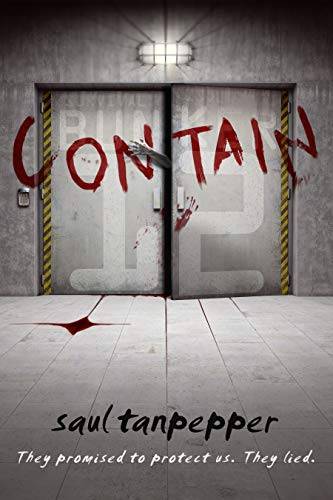 They said the bunkers would keep us safe from the Flense. They lied.Three years ago, Finnian Bolles and his fellow apocalypse survivors fled to the safety of Bunker Eight. Three years spent in complete isolation from a devastated world consumed by a humanity-destroying plague. Three years avoiding the terrifying, nearly unstoppable, once-human creatures known as Wraiths.

Now an uninfected stranger appears at their front doorstep with extraordinary claims of a cure and clues to where it might be found: within a rumored twelfth bunker. Problem is, such a place isn't supposed to exist. With Humanity's fate resting in the balance, do they risk leaving their own bunker to search for another, possibly succumbing to a fate worse than death?

As disagreement splinters the group and violence breaks out, the horrifying truth begins to emerge about the real cause of the Flense and why it was released into the world. And the one among them who'll do anything to keep those secrets buried.

Even if it means unleashing the Flense against them.Contain is the first book in the explosive post-apocalyptic thriller, BUNKER 12, a remarkable story of good versus evil, nature versus technology, and the will to survive in the face of the most devastating plague mankind has ever known.

Scroll down to check out the other books in this thrilling post-apocalyptic series:

Inside the Robe: A Judge's Candid Tale of Criminal Justice in America