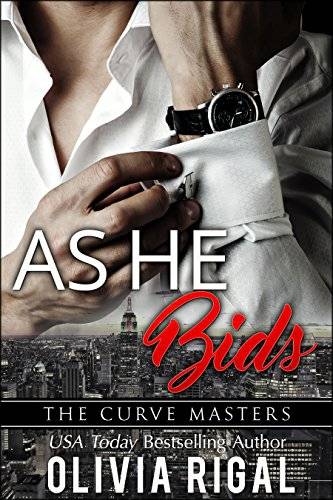 AS HE BIDS & AS SHE BEGS
The Curve Masters (1)
Hanna Cohen threw more than caution to the wind on the day she applied to work for the hottest man she’s ever known.
Indeed, Bruce Nelson’s looks and body could melt iron—and have succeeded in melting her bones to jelly.  But he’s never noticed her before, so what harm could there be in working closely with an unrequited crush?
Sure, he was once her brother’s friend from the wrong side of the tracks. All grown up now, he’s the handsome, powerful and wealthy part owner of an upscale auction house. And he’s her boss for the next two months.
And now, Hannah’s realizing her folly. Because her obsession with his commanding good looks and sexy-as-sin mouth is threatening to tank her career aspirations. Most especially when he finally turns his full attention on her and refuses to relent.