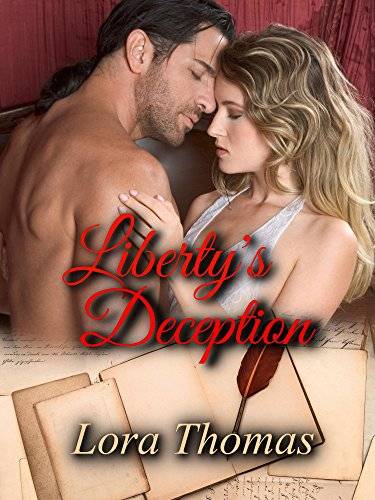 To prove his allegiance to the crown, Anna Channing’s father arranges a marriage for her to one of his majesty’s officers. After the arranged marriage, Anna and her new husband travel to the war torn colonies. As war rages around her, Anna finds herself in possession of vital information. Having no love for her husband or the crown, she strives to find a colonial sympathizer to relay the information to. As she searches for that someone, she travels to her former home. Exploring the house, she discovers a man hiding in her old chambers. Afraid that her escorts will think she has taken a lover, she hides the stranger. Unbeknownst to Anna, this man is the type she has been searching for…a spy.

Cameron Morgan and his twin, Chris, live a dangerous life. While Chris plays the part of a devoted loyalist, Cameron uses this to his advantage and delivers vital information to the colonial armies. While returning from delivering a dispatch, he takes refuge in an abandoned home. Fear enters him when he is discovered but is taken aback when the woman decides to hide him instead of turning him over to the English soldiers escorting her. As he continues with his missions, he is summoned to a meeting where he sees none other than his female savior who has agreed to deliver pertinent information but only to him.

As they work in this dangerous game of espionage, Cameron and Anna find themselves attracted to each other. But their attraction has a price—Anna’s husband. His heavy hand pushes Anna further into Cameron’s arms. As battles wage around them, can the pair overcome the obstacles keeping them apart and find happiness in the ravages of war?
Historical Fiction

The Realm of Realism

We Must Save Jepson!: (A Novella)