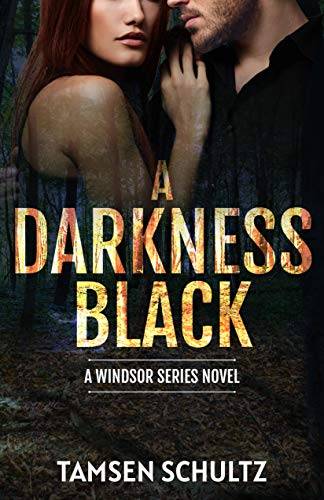 Immerse yourself in a captivating world of relationships, betrayals, secrets, and lies.

Darkness. Covert operative Caleb Forrester has always preferred darkness over light, keeping his grief and shame in shadow. But just as he starts to question this existence and let go of the years of blame he’s carried, his best friend’s widow calls upon him to help her stop a murder. It’s a request he can’t refuse, even though he knows that traveling to the remote New Hampshire mansion to reunite with Cate will put him face-to-face with memories he’s spent more than five years trying to forget.

Life. After suffering two searing losses less than a year apart, widow Catherine Thomson has worked hard to let go of her guilt, move forward, and rebuild her life. But when a murderer threatens the wealthy family she works for, it’s Cate’s history that may save them. To help her investigate, she calls on Caleb—a man she trusts though may no longer know—and when it becomes apparent that it’s not just the family who is in danger, Cate realizes that revisiting the past she’s so painstakingly put behind her may be the only way she can help Caleb find his own redemption.

Betrayal. It’s everywhere. The Whatley family has generations of secrets and resentments that Caleb and Cate must wade through if they have any hope of preventing the murder. But it’s Caleb’s own disloyalty that shocks him to his core when he finds he’s falling for Cate. Caleb knows that stopping the killer isn’t going to be easy, but finding the strength—and forgiveness—to forge a future with Cate could be the hardest thing he’ll ever do.

If you enjoy a romantic mystery that keeps you on your toes and at the same time tugs at your heart-strings, then A DARKNESS BLACK is the book for you!
Mystery Series Serial Killers Murder

Three Dates With You: A Rules of Love Novella