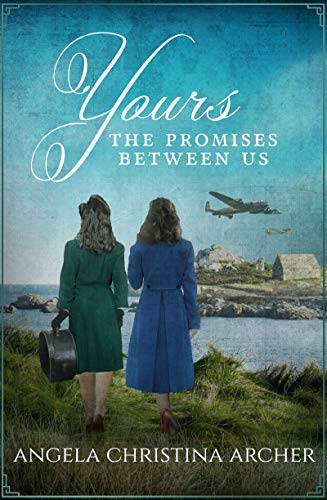 After France surrenders to the Nazis, all eyes turn to the Channel Islands off the coast. Knowing the Germans could invade their quiet home the resident children of Guernsey are evacuated. Among them are Amelia Ashton, and her older sister Evelyn.

The promise to stay safe.

Forced onto the boat by her older sister, seventeen-year-old Amelia Ashton arrives in Weymouth with hundreds of other children. Although she is placed with a kind and loving foster family in Derbyshire, her world is torn apart. With all her communication cut off from her family, and the boys at school joining to fight in the war, Amelia struggles with her own desire to help. On a whim, she lies about her age and boards a train headed to volunteer with the Women’s Land Army. Finding solace in the work of farm life, she reconnects with William, a young man from Derbyshire, and who doesn’t waste any time asking for her hand in marriage. Can Amelia start a new life without looking over her shoulder at what she left behind in Guernsey or will the war change everything?

The promise to survive.

Fearing for her parents’ lives, nineteen-year-old, Evelyn Ashton stays behind, living through the German occupation plaguing her once beautiful home—the island of Guernsey. Living under German rule, the residents find a new meaning of desperation and despair, trying to survive on rations and evade the threats of being sent off to a death camp. After her parents die in a bombing, Evelyn is left alone to fend for herself against her enemy, and when German soldiers take over her house, she seeks refuge in the only family she believes she has left—Henry—the man once interested in her sister. Can they find comfort in each other or will the occupation claim not only their love but also their lives?

***This book is part of a family saga trilogy:
The Promises Between Us
Yours (Book One)
Mine (Book Two)
Ours (Book Three)

***The books can be read and enjoyed separately, however, the story as a whole is concluded in book three. There may be minor cliffhangers in book one and book two.

An Alien Rescue: A Sci-Fi Romance