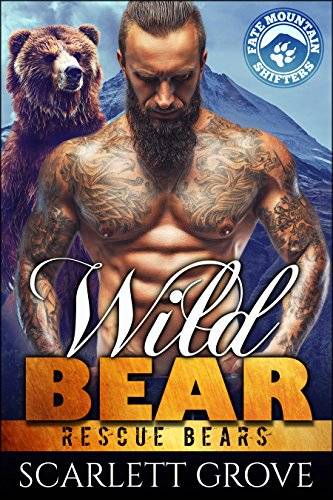 Shane Keenan has survived everything life’s thrown at him. Growing up with an abusive stepfather who broke his bear’s mind left Shane unable to fully control his shifts. He went from famous chef to being forced to fight in a human war because of the wild bear inside him.

Now he’s finally back home on Fate Mountain -- and his toughest challenge yet is waiting.

Lily Mason has her own scars from growing up with an alcoholic mother. She’s loved Shane for years, and when a human/shifter dating site pairs them, she finally tells Shane the shocking truth about their last night together.

Shane can’t risk being around Lily or her son Theo, not when he can’t control his bear. But Lily knows she and Shane are true mates -- and she’s tired of waiting for him to claim her.

When Theo runs away, Shane knows he’ll do anything to bring him back. Can he find a way to heal his bear, save the child … and persuade his mate to give him another chance?

Lots of typos and sentences that could use tweaking. But this is another easy read in this series. Though I can't tell the difference between the different types of marking, I liked how things ended.

Six years ago, the bear shifter H and the human h spent the night together. He took off because he could not control his bear. He had a terrible childhood with an abusive father. The h raises their 5 year old shifter son alone. The two meet again via a dating app. The h wants to find a shifter father for her son. The H finds out about their son. He is still fighting the same demons from years ago. He takes off again after he reunites with the h because his bear is out of control again. They get their HEA after he turns the h into a shifter and his bear finds peace.

No likes: The H needed to bear up. Too much running from the h. The h should have made the H work harder before letting him into her and her son’s life. Didn’t feel the chemistry with the characters.

Another great story about love and shifters. This story had a twist that I just loved. It was great I loved it.

I loved reading this book from start to finish. Some parts a little cheesy and other parts lots of action.

The Beauty and The Beast