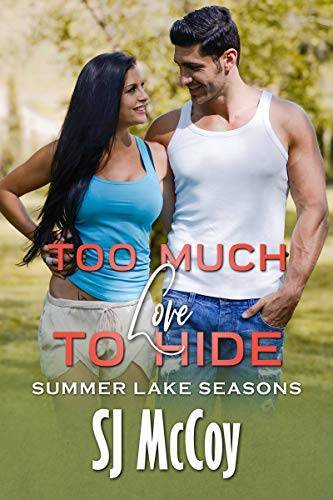 He’s spent the last ten years hiding from his past. That’s meant staying on the move, never settling in any place for too long, and never letting anyone get too close.

Summer Lake is different. It’s a place he doesn’t want to move on from. His job as a pilot means he’s away half the time, but when he’s home, he’s surrounded by good people. People he’s allowed himself to care about.

He’s made friends—friends who accept that he doesn’t share much about who he is or where he’s from. There’s a girl who he wishes could be more than a friend. They almost got together when he first came to the lake, but he couldn’t take the risk. His heart wanted so much more, but he had to hide his heart and be content with her friendship.

She’s hoped for more since the day she met him, but she, too, has had to settle for friendship.

Hearts can only stay hidden for so long, but when there’s too much love to hide, will the danger from his past finally track him down and destroy them both?

Get your copy of this sweet and steamy story today to find out.

Summer Lake Seasons series is sweet n steamy, small town romance with a focus on fun, friendships and happily ever afters. It follows a group of friends in a small lakeside town in the California hills.

Book 1: Take These Broken Wings
Book 2: Too Much Love to Hide
there are several more to come.

Summer Lake Series
In the original Summer Lake Series each book can be read as a standalone – no cliff hangers here! Each book contains one couple's story. However, they are best read in order to get full enjoyment of the underlying story and friendships.

Summer Lake Silver is a new series featuring couple in their fifties and older. Just because a few decades—or more—have skipped by since you were in your twenties it doesn’t mean you can’t find love, does it? Summer Lake Silver stories find happily ever afters for those who remember being thirty-something—vaguely.

Remington Ranch series
Meet the sexy brothers of Remington Ranch! Just like in SJ's Summer Lake Romance series you can expect a story that is both sweet and steamy!

A Chance and a Hope series
These are NOT meant to be read as standalone stories and need to be read in order.

The Hamiltons Series
This series follows the Hamilton family in California wine country. If you recognize the name Hamilton it’s because this is Smoke’s family who own one of the largest wine growing and distribution businesses in the country. In this set of connected stand-alone books you will meet Smoke’s brother and sister as well as a couple of cousins.

The Davenports Series
The sexy brothers, of the billionaire Davenport family. In their own words they are - the "Suit", the "Vet" and the "Geek."