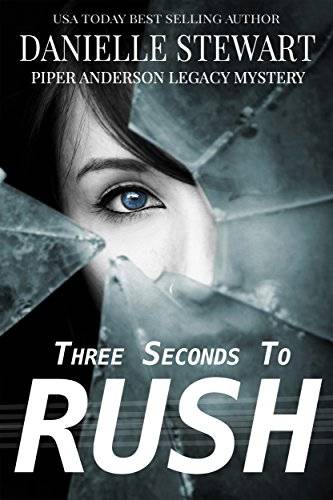 Tara Shiloh knows she’s not a drug addict. She’s positive she’s a good mother and hard worker. So why is she in an alley with a needle in her arm? Waking up in the hospital without her son is terrifying. Being told she can’t have him back nearly crushes her. With her memory spotty and the circumstances incriminating, Tara must fight to learn the truth and wrestle with the idea that maybe her son is better off without her. Reid Holliston defends guilty people for a living and it's slowly killing him. He’s certain there is no such thing as a truly blameless client anymore. When his phone rings with a voice from his childhood his jaded views make him certain Tara is just one more criminal claiming innocence. But even his skepticism isn’t enough to keep him away. Best friends from a lifetime ago, the two must find a way to trust each other again in spite of how the years apart have changed them. Can a promise made in childhood be enough to save them both?

Book 1: Three Seconds to Rush
Book 2: Just for a Heartbeat
Book 3: Not Just an Echo