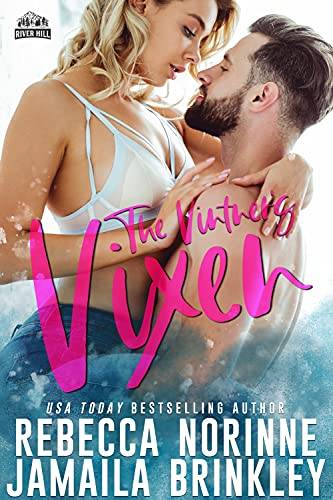 “Wicked chemistry, witty dialogue, and a cast of characters you want more of. It’s the perfect recipe for a new series.” - Books I Love a Latte

With roles for “curvy best friend” drying up fast, actress Angelica Travis is happy to leave Hollywood behind to renovate a bed and breakfast in River Hill, the jewel of California's wine country. She’s got plans and power tools ready, but an inconvenient attraction to her handsome new neighbor is not on the agenda.

Winemaker Noah Bradstone’s master plan is right on schedule ... until construction on the B&B next door threatens his prize-winning grapes. When he confronts his gorgeous new neighbor, she’s the single most infuriating woman he’s ever met. What’s even more infuriating is that he wants her anyway.

Despite their constant bickering, Angelica and Noah have more in common than they thought—including an attraction that burns red hot. But when his past and her future collide, can their love survive? Better yet, can they survive each other?

THE VINTNER'S VIXEN is a steamy standalone romance in the River Hill Bachelors series from writing duo Rebecca Norinne and Jamaila Brinkley. When these new neighbors butt heads, the only thing more infuriating than their rivalry is how much they can't stop wanting each other.

Teresa of Avila: A Life from Beginning to End (Biographies of Christians)

Not So Broken: An Enemies to Lovers Romance