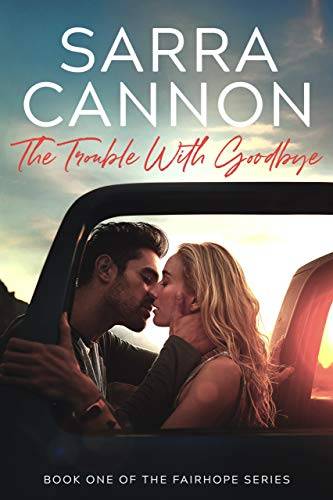 Read the bestselling series with over 100,000 books sold and over half a million downloads...Leigh Anne Davis has never really had a life of her own choosing. She’s always been the girl who does what she’s told. Except that time two years ago when she shocked everyone in the small town of Fairhope by breaking up with the richest guy in town and heading off to Boston to follow her dreams.It was the single most exciting thing she’s ever done for herself, and it felt like the start of something big...Until one terrifying night ripped it all away.With no place else to go, Leigh Anne heads home to reclaim what’s left of her old life. On the outside, she seems like the same reliable girl everyone knows and loves. But deep inside, she’s hiding a terrible secret.That’s when she meets Knox Warner, a troubled newcomer to Fairhope. His eyes have the same haunted look she sees every day in the mirror, and when she’s near him, the rest of the world fades away. But being with Knox would mean disappointing everyone all over again.If she wants to step back into that old life, she has no choice but to say goodbye to him forever.Only, the Trouble with Goodbye is that sometimes it’s about courage and sometimes it’s about fear. And sometimes you’re too broken to know the difference until it’s too late.This series is complete! Each book can stand alone, but the series is best enjoyed in order.

Praise for The Trouble With Goodbye:

★★★★★"The Trouble With Goodbye conveys hope, instills courage and shows that some risks are worth taking." ~Tami, Into The Night Reviews

★★★★★"A completely addictive read." ~Laura, Blame It On The Rain Reviews

★★★★★"A highly charged and emotional read that opens with a bang and ends with an even bigger bang." ~Leisha, RoloPoloBookBlog

You Know I Love You: Book 1, You Know Me duet

Arc Of A Shooting Star: Life Gets Complicated