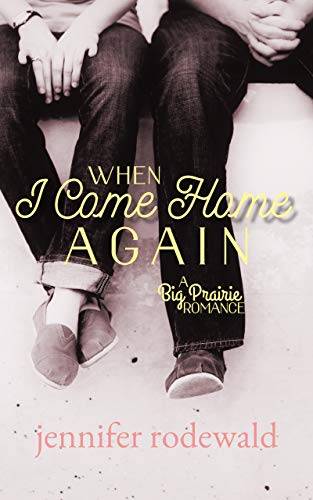 A tragic fallout drove them apart. When a family crisis calls him back to his small hometown where she still lives, will forgiveness lead them to a second chance?

Brenna Blaum had been sure of three things in her life—her brother, her running, and her dad’s star receiver. But in a matter of a year’s time, everything she’d counted on fell apart, leaving her devastated. Seven years later, she’s stable again. She has a supportive boyfriend, fulfilling career, and close friends. She keeps her past heartache where it belongs—in her rearview mirror. Until the man who broke her heart finds his way back to Big Prairie.

Craig Erikson had it all—popularity, success, and the love of his high school coach’s daughter. But after a year of mistakes that ended in a tragic accident, he’d left Big Prairie—the place he’d thought to always call home—hoping that without his antagonizing presence, Brenna would be able to heal. Now his mother desperately needs him, as do two young boys in her care. Craig has little choice but to return for good.

Unsure that she can forgive him, Brenna does her best to avoid him. Irritated that she ignores him as if they’d never meant anything to each other, Craig becomes determined not to allow it.

Life in a small town forces their interaction, making them confront their unresolved issues and igniting emotions that have smoldered for seven years. As Craig and Brenna are pushed together, can they endure the hard places still littering their lives? If so, is it possible to find their way back to love and home again?

Book 1: When I Come Home Again
Book 2: When I Lost My Way (releasing May, 2020)
Book 3: When I'm With You (coming fall 2020)
Contemporary Religious Fiction Religious Romance Inspirational Spiritual Fiction