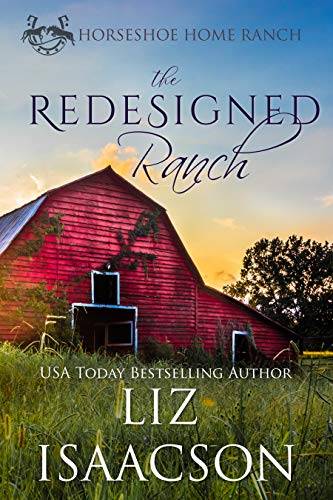 The ranch foreman, the fiery new designer he hires, and an old flame that could burn them both...

Jace Lovell only has one thing left after his fiancée abandons him at the altar: his job at Horseshoe Home Ranch. He throws himself into becoming the best foreman the ranch has ever had—and that includes hiring an interior designer to make the ranch owner's wife happy.

Belle Edmunds is back in Gold Valley after she lost her job at a prestigious design firm in California. She's working for a conglomerate, but she's desperate to build a portfolio that she can use to start her own firm in Montana. She applies for the job at Horseshoe Home, and though Jace and Belle grew up together, they've never seen eye to eye on much more than the sky is blue.

The spark between them now that they're adults can't be denied, and as Jace and Belle attempt to work together, they also fight their growing attraction to each other. But Jace isn't anywhere near forgiving his fiancée, and he's not sure he's ready for a new relationship with someone as fiery and beautiful as Belle. Can she employ her patience while he figures out how to forgive so they can find their own brand of happily-ever-after?
Western & Frontier Christian Romance Contemporary Christian Romance Christian Classics & Allegories