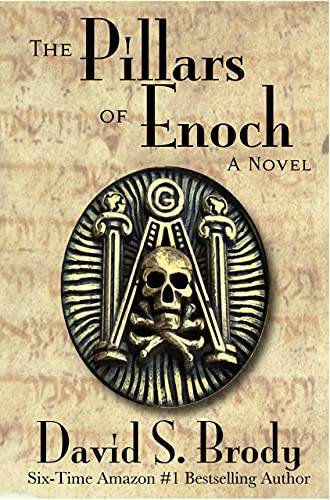 An elderly recluse informs historian Cameron Thorne that he has discovered the secret at the core of Freemasonry. The next day, he is killed. Thorne quickly focuses on a mysterious stone tablet, given to Moses by God along with the Ten Commandments, purportedly passed down to the Freemasons by the medieval Knights Templar. When a sultry Mossad agent joins the search—claiming that the tablet contains ancient scientific equations and formulas lost to mankind—Thorne becomes certain of one thing: He needs to locate the tablet before he becomes its second victim.

Based on actual historical artifacts, and illustrated.

Publishers Weekly says of the author, "BRODY DOES A TERRIFIC JOB OF WRAPPING HIS RESEARCH IN A FAST-PACED THRILL RIDE."

This is a stand-alone novel with recurring characters. The books in this series can be read in any order.

A Murder in Paris