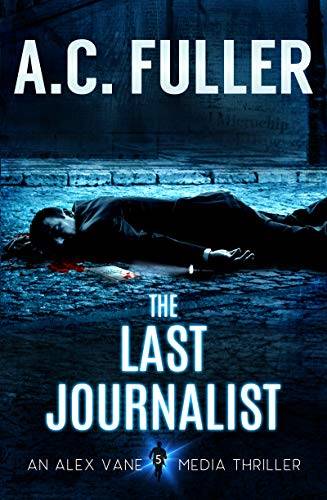 Someone in Seattle is murdering journalists...and Alex Vane might be next.

On a cold, rainy night in Seattle, a legendary journalist is found face down in the street below a posh high-rise. Local police are calling it a suicide, but Alex Vane sees signs of murder.
With help from a brash young journalist, Alex pieces together clues from the dead man's extraordinary career. But an unexpected discovery leads him to believe that all those legendary scoops may have been built on a lie so great it led to his murder.

If what he's discovered is true, it's proof of a conspiracy that could upend everything Alex believes in and rewrite American history. Just when he thinks he's cracked the case, another prominent investigative journalist turns up dead.

Is someone systematically killing reporters? If so, why? And is Alex next?

Scroll up to pre-order the thrilling conclusion to the Alex Vane Media Thriller series.

Have You Ever Wondered What You Will Be?: A celebration of every child’s dreams and boundless potential!