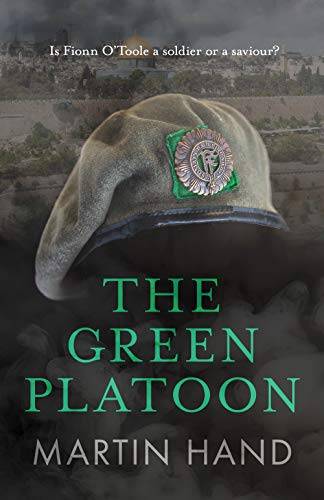 When a platoon of raw Irish Army recruits is sent to the Middle East on a UN peacekeeping mission, it soon becomes clear that one of the group is very different from the average soldier. Fionn O’Toole captures the hearts and minds of everyone he comes into contact with. He appears to have the ability to heal others, and he brings a calm wisdom to every situation the group is confronted with. But can Fionn really have miraculous powers?

While his Irish comrades are left feeling confused and unsettled by his behaviour, Fionn is immediately welcomed as a kind of messiah by their Palestinian and Jordanian hosts. It is only after half the platoon is captured by the Israelis during a daring mission to cross the Dead Sea that the true potency of Fionn’s powers is revealed.

Will the Israeli authorities listen to the peace-loving Irish soldier, or will they make an example of this confusing and charismatic figure?

Murder in the Manor

Arson at the Art Gallery