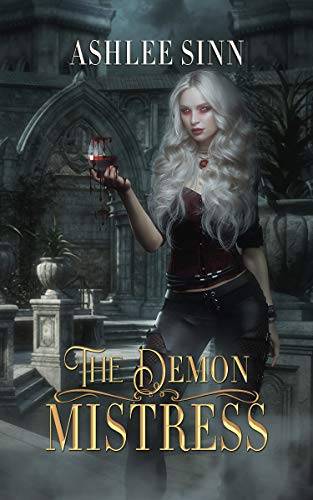 A feisty demon. A sexy angel. A forbidden love.

A demon in control, Arabella was content. She didn’t need to get married like her twin sister. She didn’t want a life in suburbia with some human to take care of and no ties to the demon world. Arabella had no problem hunting souls and seeking the comfort of another when it suited her. She enjoyed her solitary life, even if that meant giving up her sister and starting over on her own.

But when Arabella is sent to collect a delinquent soul, she doesn’t expect to run into a guardian angel. Especially not one that makes her second guess every decision she’s made. Tall, handsome, witty, and undeniably sexy, Jericho is a formidable opponent to her demon. Unable to complete her job, Arabella soon learns there’s more to that lost soul—and the angel protecting it—than she understands. With her own eternity on the line, she’s forced to confront the striking angel and finish what she started…despite the fact she’s starting to enjoy his broody ways.

Yet fate has a different plan. One that involves corrupt angels, headstrong archdemons, delicate humans, and an attraction neither can deny. Arabella and Jericho must work together to fight for the lives of those they’ve chosen to protect. But that may mean losing their identities—and each other—for all eternity if they fail.

Where The Lost Go:

Murder in Half Moon Bay: A Jillian Bradley Mystery Book 1: