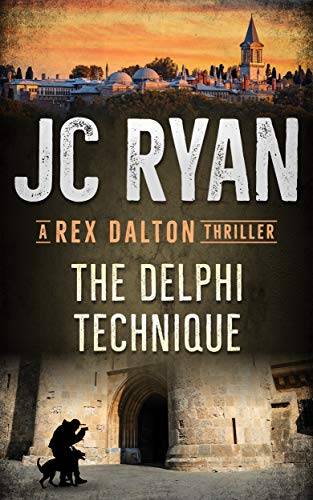 A delusional genius bent on restoring an empire must be stopped.  Rex, Catia, and Digger are on Rhodes Island, Greece, when an assassin kills two people right in front of their eyes.They jump into action to help. The assassin flees, but Rex and Digger give chase, and when they catch up with her, she commits suicide.Back at their hotel, while busy reporting the incident to John Brandt, three masked men storm into their room with guns blazing.Thus, the trio is drawn into a CIA operation to uncover the identity and whereabouts of a terrorist mastermind about to unleash death and destruction across Europe.
Conspiracy Thrillers Political Thrillers & Suspense Historical Thrillers

I love the characters and the story line. The action is fast . The history is interesting. I have read several books about these characters and will continue to follow them

I love this story, can't wait to read the next book. It's already download and about to start it. Author did a great job of keeping me interested in the book.

This series is very well written! I was very impressed with the attention to detail. I was captivated by this series! Enjoy!

Another great Rex Dalton/Digger book. Always a mysterious with twists and turns. It was a good read. Anxious to read the next.

Twice Upon A Time

Speak for Me: A thrilling NEW binge-worthy psychological suspense series