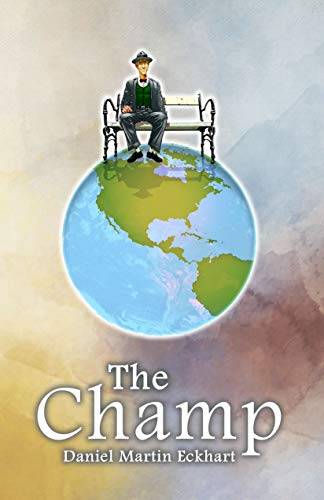 This is the story of Wilber Patorkin. At the tender age of one hundred and fifteen he's the oldest man alive in the United States of America. His body is failing him gloriously, his legs will barely carry him, his quivering lips and dentures turn his words into meaningless babble... and yet he has the clearest brain and the brightest eyes you'll ever come across. His steps may be tiny, but his story is epic. His words may be few, but his mind goes beyond your wildest imagination. Join Wilber on a most unlikely journey and be prepared - you just may discover yourself along the way.

Critical acclaim: "Eckhart has created a wonderfully warm and eccentric main character in 115 year old Wilber Patorkin." - "A story of friendship, mortality, and good vs. evil, it was so good I couldn't put it down." - "A crossover between Amélie Poulain and Benjamin Button" - "The style is a compelling mix between Stephen King & JD Salinger."

Nothing Stays In Vegas