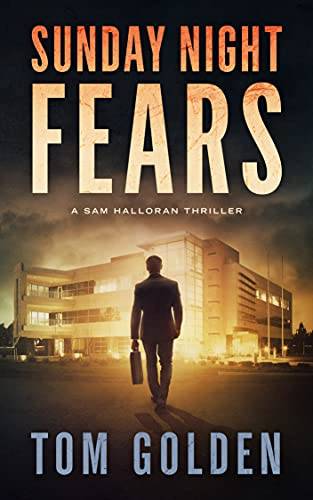 A fraud uncovered. . . A past haunting him . . . He had something to prove in this gripping thriller reviewers are calling "fresh," "page-turning," "captivating," and "inspiring."

Sam Halloran is ambitious, a bit desperate, and running from an ugly past. He has a family to support and everything hinges on his job as a newly minted auditor. But when he is assigned to his first public company audit, he discovers something no one else did. Fraud...massive fraud!

That's when the walls start to close in.

As Sam struggles with what to do and confronts the pain of his past, the company's smart, seductive accounting manager becomes both ally and temptation. With each piece of evidence painting a bigger target on his back, Sam wonders if she would rather help him uncover the truth or lead him straight into a deadly trap...

Suddenly, average-joe-Sam becomes modern-day David, up against an unforeseen giant that could crush him in an instant. He'll remind you a lot of Mitch McDeere in John Grisham's pioneering legal thriller, THE FIRM, a guy in so deep, so suddenly, he hasn't yet checked the exits. And now it's too late to run.

Will Sam expose the fraud before a powerful corporation has him erased from the ledger?

Read more about this novel and its author Tom Golden:
One of the great satisfactions of this book comes from accompanying Sam on his journey from troubled young man to potential victim to...well, anyone's guess. And Golden, a real-life forensic accounting investigator, doesn't disappoint. The first in a new series, SUNDAY NIGHT FEARS is as much psychological thriller as suspense thriller that will keep readers on the edge of their seats as they root for Sam's success, then his safety, and when it comes right down to it, his soul. Because this audit has the potential to change him forever--in good, bad, or even fatal ways.

Fans of John Grisham, John Ellsworth, Scott Pratt, Sheldon Siegel, Stephen Fry and financial fraud movies like THE BIG SHORT and Ben Affleck's THE ACCOUNTANT will have a fine time shivering at Sam's struggles and cheering him on. But they won't expect the ending. Even after the shocking denouement, Golden has another card up his sleeve, guaranteed to stun even the most sophisticated.

TOM GOLDEN is retired from leading one of the largest forensic accounting investigation practices in the U.S. He has a national reputation in financial crime investigation and is a frequent presenter to the Fortune 500 and many organizations including the FBI and IRS. A CPA and Certified Fraud Examiner (CFE), Golden was also an adjunct professor at DePaul University, Chicago, where he developed and taught the school's first forensic accounting course in 2002. Prior to turning his attention to the literary world, he was the lead author of the award-winning Wiley book A GUIDE TO FORENSIC ACCOUNTING INVESTIGATION, now in its second edition. He was the financial fraud expert appearing in the film documentary ALL THE QUEEN'S HORSES detailing the largest municipal fraud in U.S. history.