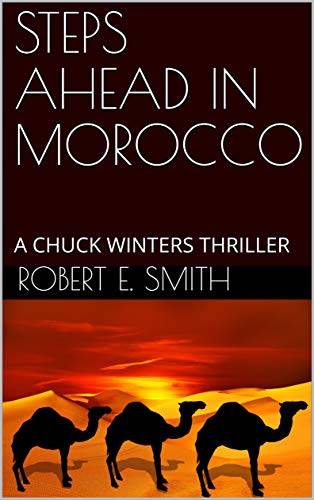 Chuck Winters, retired ex homicide detective from San Francisco, embarks on his third attempt to bring now notorious killer Mason Hampton to justice. He has previously chased Hampton into the far east, from Hong Kong to mainland China and throughout Europe, from there to South Africa where it appeared to end in a fiery plane crash. But sometime later, an off duty Lisbon detective saw him in St. Maarten, and the chase began through Europe, and ended in a luxury yacht explosion in a London harbor. Almost a year later, after a chance encounter with a tourist couple on the Island of Bonaire in the Caribbean, he was discovered to be alive again. Chuck Winters assembled some of his former 'Hampton hunters' and starts the wild and always dangerous chase again, this time in the Orient, Rome and into North Africa---hoping to bring this villain to justice. Chuck who became wealthy form a criminal software program he developed, is self funding this attempt to bring justice for his venture capital mentor as well as the good people along the way that have fallen victim to this madman---who himself is wealthy from the large fees he's made as a paid assassin.Fasten your seat belt for a wild adventure.