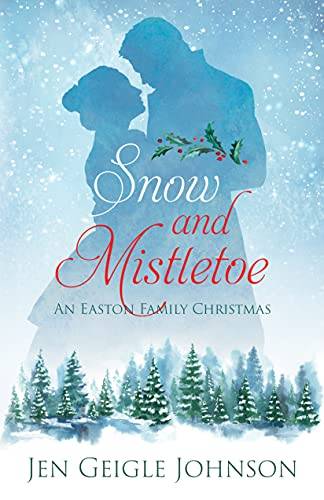 Mr. Easton must find a wife by Christmas or his brother will choose one for him.Dosie is in no hurry to marry. She is starting her first season ready to spend as much time as possible diverting herself. But she is more awkward than clever when it comes to flirting, and she knows almost no one in the London ton. All these obstacles can be solved however with a little practice. She is sure of it. Early on, her plans are upset by the arrival of an undesirable suitor her father seems bent on accepting. He’s dark and looming where she is light and fun, and she is most desperate to rid herself of him as soon as possible.Julian Easton wants nothing more than to free himself of any strapping to his brother. As a second son, he has little finances and up to this point has not discovered any way to increase his income besides the ever enticing betting on horses and the card tables. But as his debtors add up, he recognizes that he will need something else, anything else, and soon. His brother pushes him to marry a woman of wealth but a part of him recoils at the idea of using a woman in such a way and the romantic part of his heart wishes to one day marry for love or at least respect.Everything changes for both of them as Dosie most desperately needs a hero and Julian steps in. But now they must accept the consequences and the arranged marriage that will come as a result. Enjoy the journey of their love and the path to marriage that they may not have chosen but just might learn to treasure.
British Historical Literature Classic British & Irish Fiction British Humor & Satire Literature

Theodosia has an idea how she wants her season to go. Unfortunately, her father has his own ideas, and they don't coincide. Julian Easton has his own set of problems, and he's put himself in a bind. Thankfully, it ends with happily ever after.

Julian lived a wasteful life until called upon to do a chivalrous deed for his friend. He can’t ignore the injustice he sees, so he steps up to the plate and saves Dosie from being forced to marry a scoundrel. In so doing, he wins her undying gratitude. But Julian soon realizes that he wants more from Dosie than gratitude.

I enjoyed this romance and both main characters. It turns out that by saving Dosie, Julian’s life of wasteful living comes to an end. Now he desires nothing more than to win Dosie’s respect and heart. Will she ever think of him as more than a friend and rescuer?

I thoroughly enjoyed the Easton family. I had not read any of the other books, but wasn't lost with this stand-alone story. The characters were enchanting and fun. I enjoyed their banter. I am hoping to find time to read the other Easton family books now.

I'm giving this book 3.5 stars. Lord Hunting makes a match for his lovely daughter Lady Theadoria. Will she be happy with the match? Or will she come up with her own plan.

I recommend this book.

Although a more of a novella, the author did a good job of g a complete story with no gaps. This introduces the Eason family and has a sweet romantic end

Its a marriage of convenience trope that starts out with two people that know each other.

Easy to read and relaxing.

Good read. Light and easy . Good to read before bed as to have sweet dreams instead of scary nightmares

Couldn't get page 16. It seemed like it just all ran together. And the h was poor with a gambling problem??? What

The Immortals: A fantasy romance