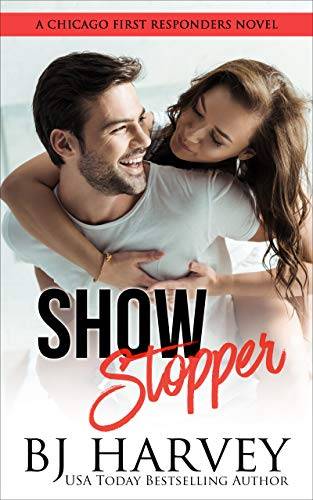 The first time they meet it’s by chance. The second is surely a coincidence. The third...it’s either destiny or he’s a stalker.

She has a thing against men in uniform. In her experience, they play hard, lie harder.
He has a thing for feisty brunette women with a backbone and a smart mouth.

She’s fiercely independent and wants better for herself.
He loves helping people so much it’s literally his job.

Worst case scenario, they crash and burn. Lucky for Renee, Marco has a hose, he knows how to use it, and he happens to love putting out all kinds of fires; real or otherwise.
***
USA Today Bestselling Author BJ Harvey brings you Show Stopper - Book 1 in a new spin-off to the Cook Brothers rom com series featuring first responders in Chicago who are fighting the good fight and also finding love at the same time. Set in the same world as the Bliss, Game, and Cook Brothers series before it.
Women's Sagas Saga Fiction City Life Fiction

All Cowboy and Charm

TREAD SOFTLY ON MY DREAMS: An Epic Novel From Ireland's Past: Based On The True Events