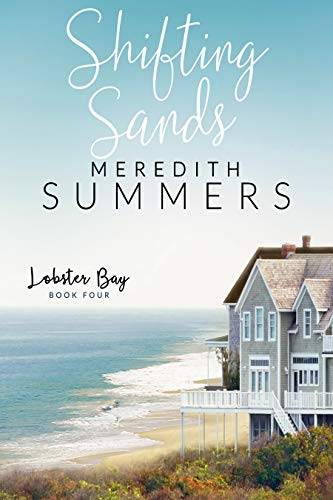 Andie Miller may have made a terrible mistake in moving back to Lobster Bay.

Andie always wanted something more than small-town beach life. That’s why she worked so hard at her prestigious career as an antique appraiser in New York City. She does have one regret though, she never got to make that one big important antique find of a lifetime. Now that her mother’s illness has brought her back to Lobster Bay, it’s unlikely she ever will.

But even though she appreciates spending time with her aging mother and loves that she’s reconnected with her sister, Jane, Andie needs something more.

When an unusual opportunity presents itself, Andie is excited... until she finds out the fate of her new project is in the hands of the unscrupulous Damien Carruthers. Andie caught him ripping off little old ladies, and he’s giddy with excitement at the prospect of ruining her new plans.

Then there’s her old high school flame, Shane Flannery. Even though Andie was the one to break things off decades ago, she never really got over him. Shane is back in town too, but unfortunately he doesn’t seem to be the least bit interested in her.

Shane’s Aunt Mary, on the other hand, has taken quite a liking to Andie. Mary would love to see Shane and Andie together. Mary and Andie have gotten close. But Mary is nursing a painful heartache - she had a falling out with her daughter years ago and they haven’t spoken since. Can Andie help fill that hole?

Jules Whittier messed up her life. That’s how she ended up cutting hair in her great-aunt Mary’s hair salon. She blew her big chance, but it wasn’t totally her fault. She had some help in the form of her two cousins whom she hasn’t spoken to since. When she sees things turn around for Andie, she wonders if it can happen for her too, or is it too late?

Return to Lobster Bay and check in with old friends Jane, Claire and Maxi and make some new friends too!